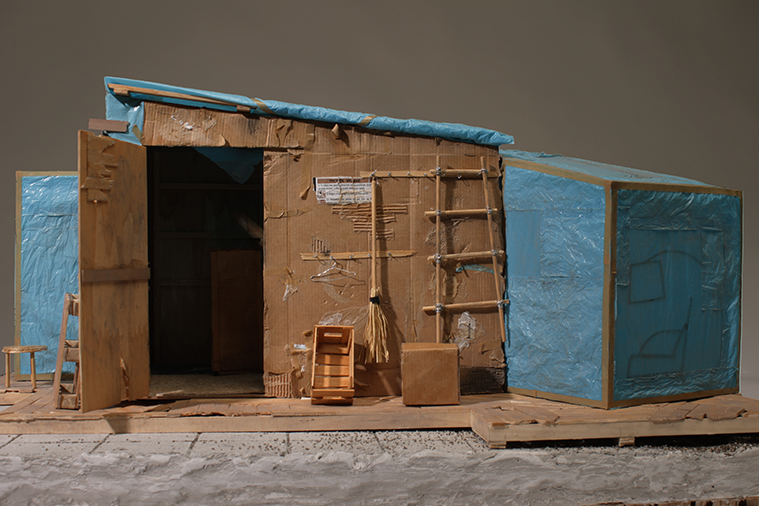 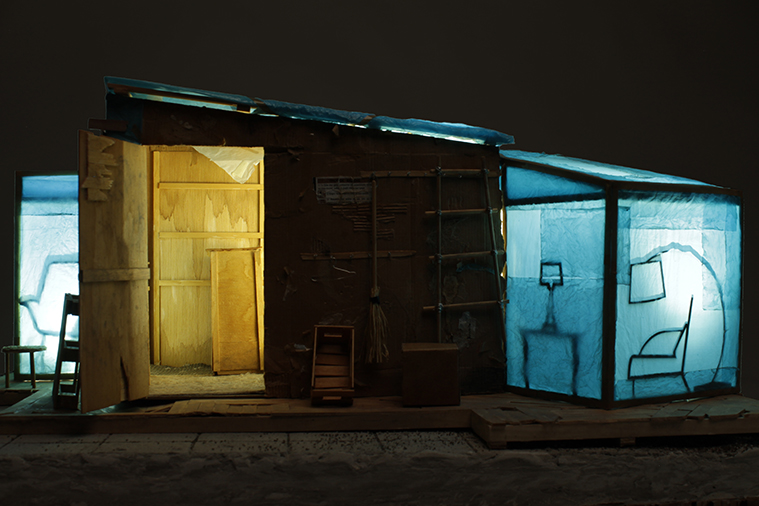 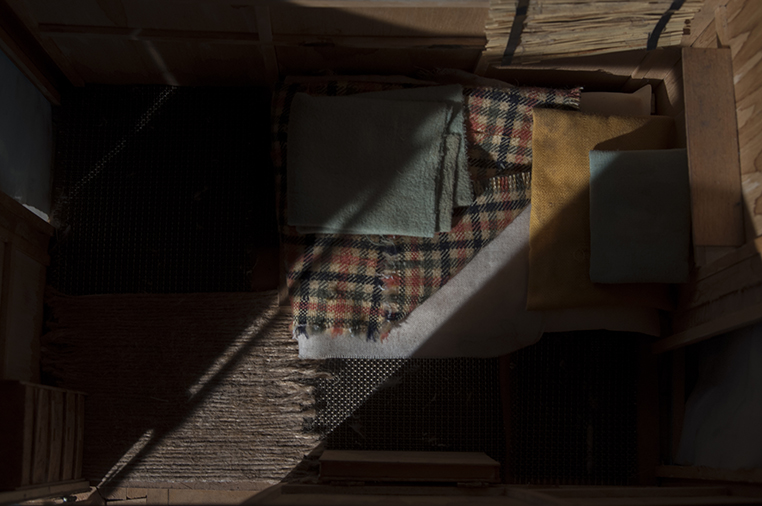 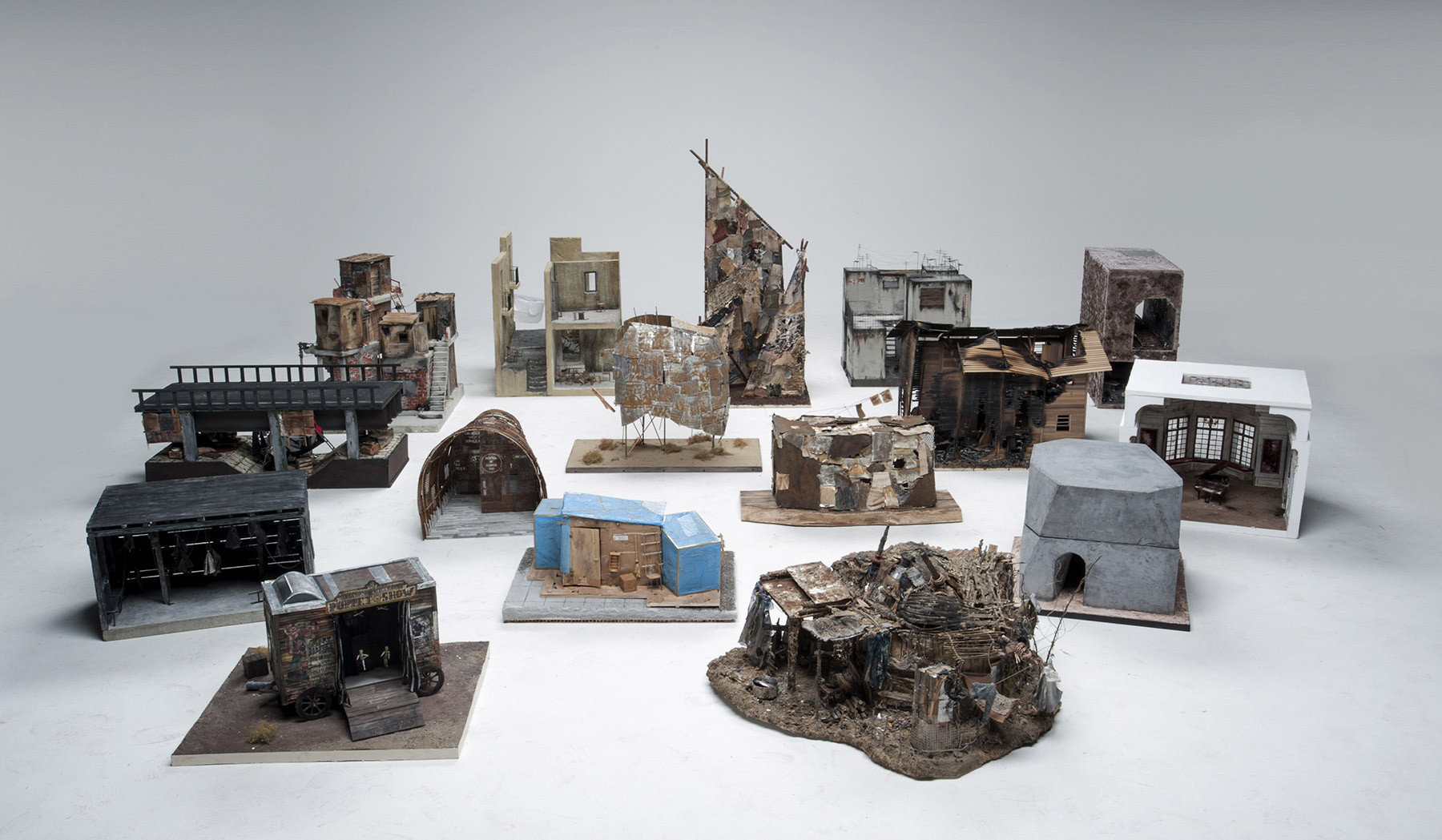 Scenography on poverty. A row of light blue houses on the streets of Tokyo. The initiative of human victory against the power of capital. The homeless are tested every day by extreme life conditions and they elaborated a new concept of living by recycling waste found on the street.

The result is an “object-house” (”casaoggetto” cit. M. De Lucchi), an elegant
architectonic model customized for the man, where everything is concentrated in 4 m². The constant state of temporary, humble spaces and the illusion of a real house. The eastern accuracy is the centre of the habitat: the typical habitation of the homeless is a concentration of objects that compose the spaces. Wood, plastic and tape, with elegance and lightness, create a dramatic scenery of misery.

At the sides of the principal construction there are two no-places represented by insubstantial shapes and impalpable light. The dream of stability, richness and a permanent dwelling are represented by a void recoverable just with illusions. An ambience full of objects of low monetary value conflicts with emptiness: and hence “pienivuoti” (full-empty).